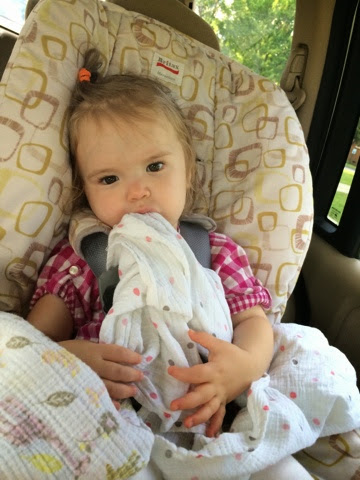 Our girl is a trooper.  We hit the road to Duke late last night, totally disrupting Harper’s routine.  Then we made her go all morning with no food or drink, only to have her MRI delayed once we arrived at the hospital.  But she only asked for food (“goldfish”) a few times, and never really cried or got overly upset.

We finally went into the prep room around 11:00, and there we found that God had answered our first prayer- they were using a new sedation medication that did not require needles or IVs!  It was administered in a nose spray, and within thirty minutes she was out.

After a good bit of time in recovery (Harper didn’t really want to wake up), we met with Dr. Fuchs, Harper’s neurosurgeon.  He showed us the scans, and things are looking good.

First, Harper’s brain tissue has grown and expanded, and the fluid surrounding the outside of her brain has decreased.  (That’s a GREAT thing!).  The biggest things we look at, however, are her ventricles and her cysts.

When Harper was born, the cysts on her brain had blocked her two ventricles and caused fluid to back up into those ventricles.  As the fluid backed up, the ventricles expanded and filled, and compressed her brain tissue on both sides.  This resulted in a significant loss of brain matter, and what was there was all jumbled up with no true halves.  Then, in her first surgery, she experienced severe hemorrhaging in her brain.

Today, her scan showed a fairly defined midline, and her right ventricle has decreased in size- that means her brain is filling in that space and the fluid is draining on its own on that side.  It’s still larger than a “normal” ventricle, but smaller than it was a year ago, praise God!

The left side of her brain remains stable.  The cysts have not gone away, but they haven’t grown.  The ventricle is still large and fluid-filled, but has not increased in size.  And there is still a gap in her skull where they had to remove part of it, but that will take a good bit of time to grow and fuse together.

The best news of the day was that we don’t have to return for a year as long as she doesn’t show any signs pressure building.  We love Duke, but we are good with taking a break for a year!

Now we head home, rejoice in these victories, and keep praying for more as we prepare for her developmental testing next week. It can be difficult to see an image of my baby’s brain and know she’s walking around with cysts and fluid, and that things could change in the blink of an eye.  It’s a surreal experience to feel so familiar with children’s hospitals and scans and therapies-  to know that this is our life, even though it isn’t what we ever envisioned or planned.  And it’s difficult to accept the good news of today while knowing that we aren’t totally in the clear with Harper.   But God has shown us in the last nineteen months that His plans are bigger and better than we can comprehend.  We embrace the miracle of today, live this moment to the fullest, and remember that every minute is a gift from Him. 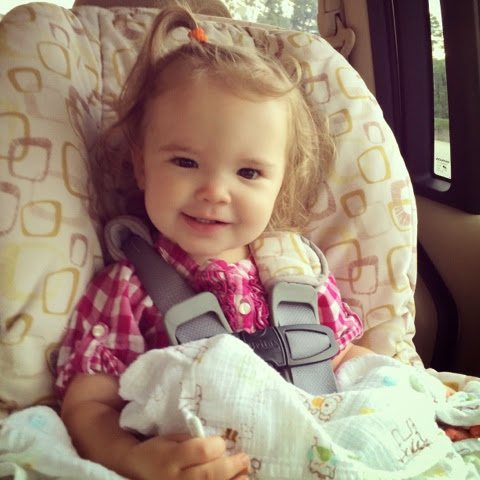 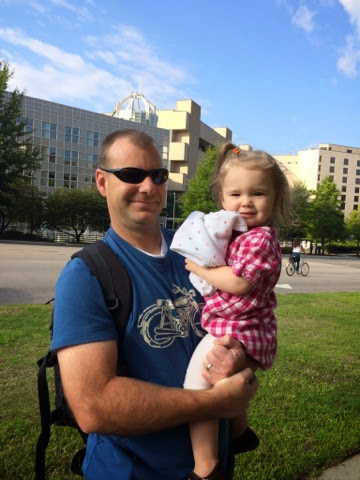 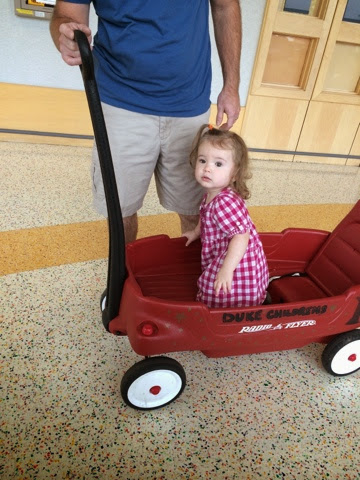 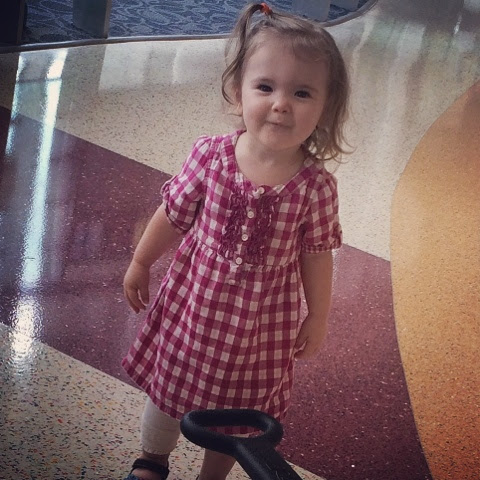 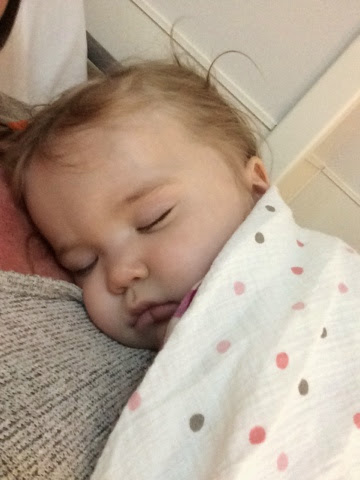